An Earthly Perspective: Evolution of the Telescope, From Galileo to Hubble and Beyond

For millennia, the people of Earth have looked up to the cosmic night sky with great wonder. Among the dark sheet of background aether, tiny pricks of light stuck out around the vast milky arm of our spiral galaxy, the bright pocked face of our moon at the forefront. But until relatively recently, even our closest cosmic neighbors were but a mystery to the human intellect.

Today, we know more about the macrocosmic universe than ever, thanks to one simple invention: the telescope. 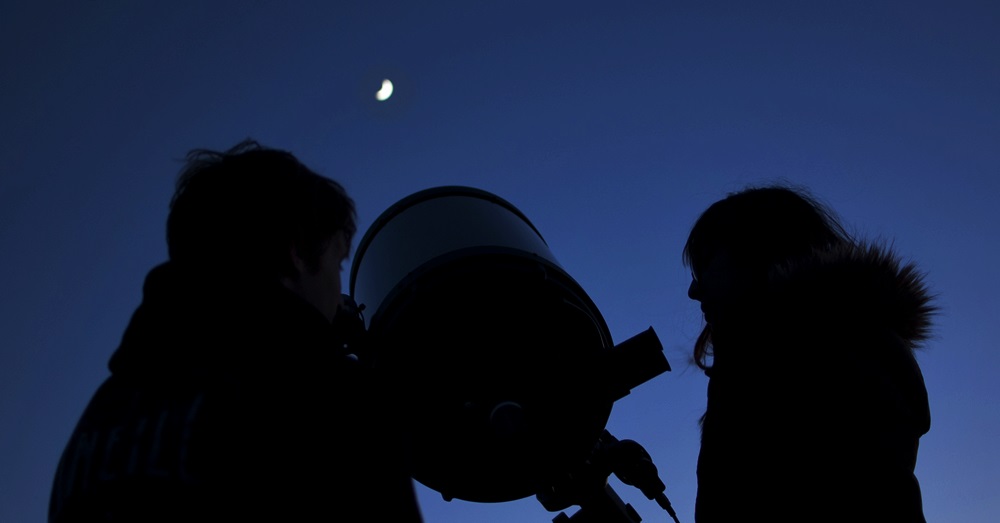 Early, “refracting” telescopes were simple. They consisted of a tube fitted with a concave lens (inwardly curved) and a convex lens (outwardly curved), allowing users to magnify distant objects to three or four times their size. Hans Lipperhey of the Netherlands was the first to petition for a patent on the telescope in 1608 (though several others also claimed to have built the first).

Modern telescopes are significantly more complex. The world’s most high-tech telescope — called the James Webb Space Telescope (JWST) — took three space agencies and more than 1,000 people from seventeen countries to create. This “next generation” telescope, set to launch into orbit around the Sun (one million miles from Earth!) in October 2018, will use a series of mirrors, including an 18-piece gold-plated beryllium primary plate, to capture even the most subtle rays of cosmic infrared light.

Back in the Seventeenth Century, the JWST’s technology would be about as unfathomable as sending an optical device into space. It wouldn’t make any sense. For astronomers of the time, simply getting a closer view of the moon was revolutionary. 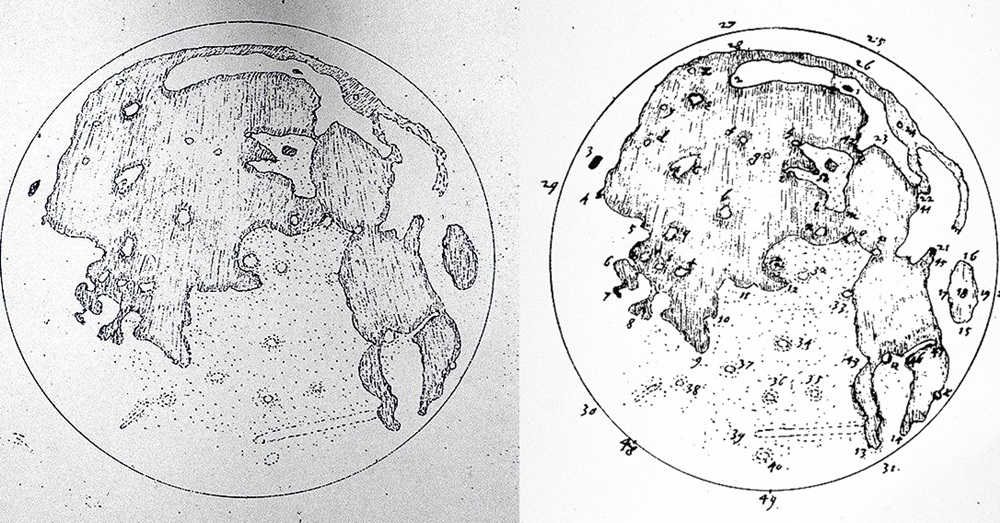 Drawings by Thomas Harriot, via The Galileo Project

Scientist Thomas Harriot produced the first known telescopic drawings of the Moon, working with only a narrow view, which was distorted by imperfections in the lenses’ glass. Harriot went on to be one of the first to observe sunspots through a telescope, discovering them around the same time as renowned multidisciplinary scientist Galileo Galilei.

Galileo’s work, particularly in the field of astronomy, was considered to be instrumental in the emergence of the Scientific Revolution. He developed a more advanced refracting telescope that could magnify objects up to twenty times their size, which he used to discover four of Jupiter’s moons, identify a plethora of stars, and observe the phases of Venus — proving our solar system revolves around the Sun, not the Earth.

As Galileo worked to perfect the refracting telescope, astronomer Niccoló Zucchi developed perhaps the first ever “reflecting” telescope. But it took until 1668 — when astronomer and master of optics Sir Isaac Newton built his own version — for reflecting telescopes to be fully functional. 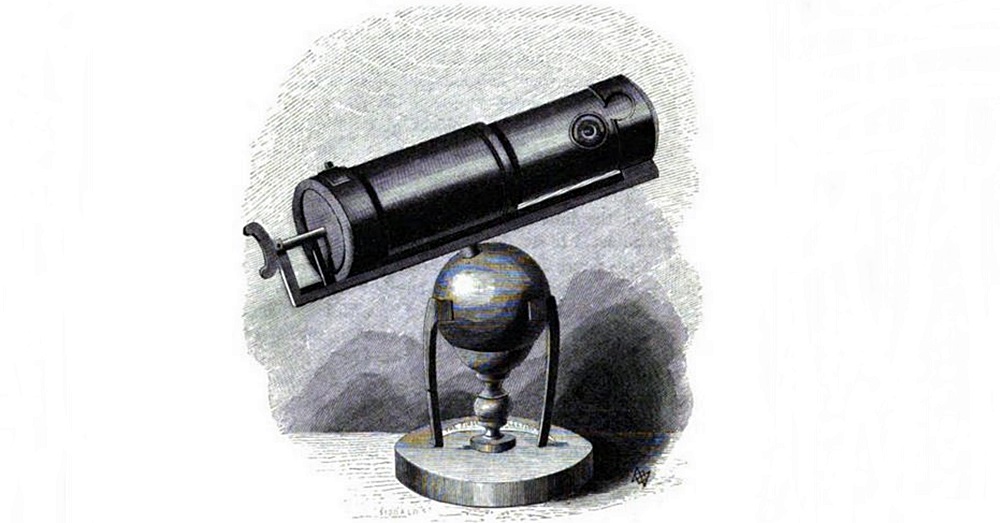 Through experimentation with prisms and light, Newton discovered that glass can bend white light and separate it into varying wavelengths (the light spectrum). For a telescope, that means images become distorted as they pass through each lens. To correct this, Newton placed a concave mirror at the end of a tube, which reflected onto a second, smaller mirror, and into a convex eyepiece to magnify the view.

It’s been almost 350 years since Newton’s groundbreaking invention, but even the cutting-edge JWST is fundamentally just an enormous, high-tech Newtonian telescope. However, there’s one major function of modern telescopes that Newton and his contemporaries hadn’t yet figured out: astrophotography. 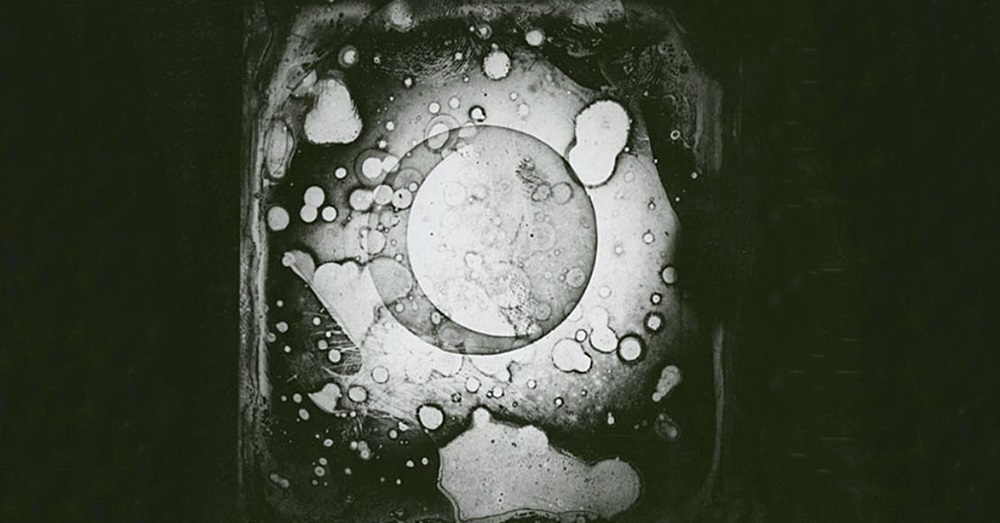 In 1840, New York University chemist John William Draper used a newly developed technology called “daguerreotype” to take one of the very first photographs of a celestial object. (The daguerreotype’s creator, Louis Daguerre, may have taken an earlier lunar photograph, but in 1839 a laboratory fire destroyed all his records.) While Draper’s first photo of the moon was indeed quite crude, he spent years developing images of our natural satellite, eventually far surpassing the detail of Harriot and Galileo’s hand drawings.

By the mid-Nineteenth Century, astronomers had a pretty clear picture of extraterrestrial objects. But much like the lens of a refracting telescope will distort an image, the particles, gases, and water vapor in our atmosphere had been bending light and absorbing certain wavelengths before they could reach any telescope at ground level. To circumvent this, astronomers began building observatories at high, dry vantage points. 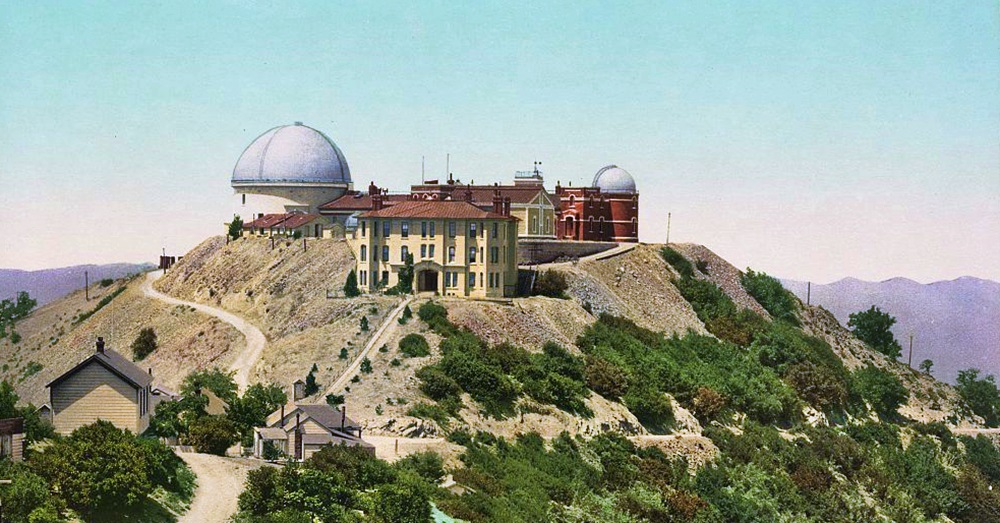 The lack of water vapor and turbulent weather at mountaintop observatories allowed astronomers to detect wavelengths beyond the spectrum of visible light. By 1965, astronomers at Mount Wilson Observatory were able to perform a near-infrared survey on about three-quarters of the sky, revealing roughly 20,000 cosmic sources of infrared light waves — many of which were never before observed.

Meanwhile, astronomer Horace Babcock proposed a method to correct atmospheric distortions of light in 1953, called adaptive optics. Over the next few decades, the U.S. Department of Defense developed adaptive optics, releasing their findings to the public in the 1990s. The new technology gave astronomers the most accurate images of the night sky to date.

Around the same time, NASA and the European Space Agency (ESA) were working on an alternate method to avoid atmospheric distortion. In 1990, after decades of planning, engineering, construction, and delays, the agencies launched the Hubble Space Telescope into Earth’s orbit — the world’s first observatory in outer space. 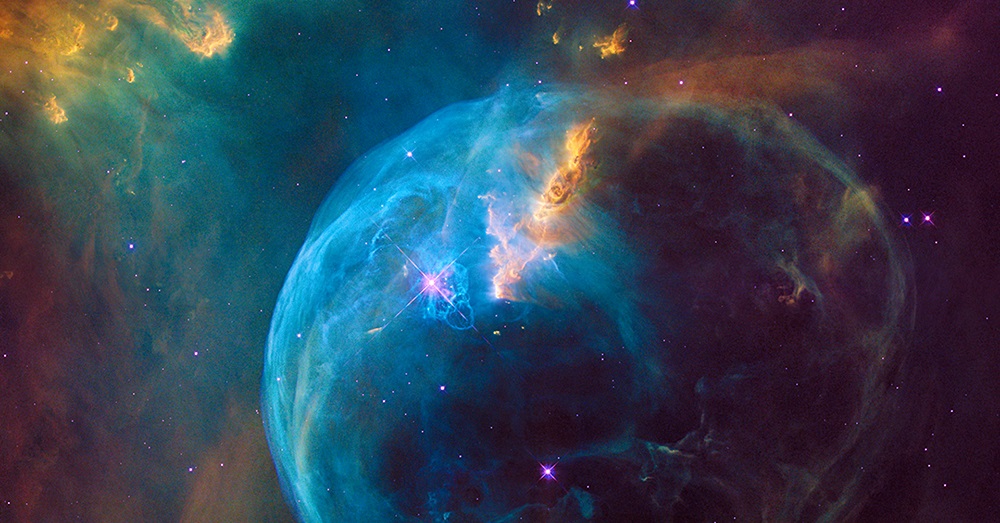 During its more than twenty-five years in commission, the Hubble’s observations have contributed to some major astronomical and cosmological findings. Its gravitational observations led to the revelation that supermassive black holes are a common feature in large galaxies, while its measurements of supernovae led to the Nobel Prize-winning discovery that the Universe is expanding at an accelerated rate — building upon the work of the telescope’s namesake, Edwin Hubble.

Since Hubble, NASA has launched a number of other space telescopes, including the Kepler (which uses a photometer to scan the universe for exoplanets), and the Spitzer (which detects infrared light). But today, astronomers largely look forward to the next generation of space observatories, and the launch of the James Webb Space Telescope.

Astronomers hope to build upon the work of their predecessors, and to get a better grasp on our place in the universe, and how we got here. By gazing at the most distant edges of the observable universe, the JWST will detect infrared radiation released from the earliest-forming solar systems — light waves emitted over 13 billion years ago — giving us a literal glimpse into the past.

While Galileo’s telescope showed we were just one planet revolving around one star, the JWST will show us how systems of planets form, by gazing into the earliest light ever sent toward planet Earth. Now that should really put us in our place.