This Ancestor of the Llama is Truly Wild!

This is a guest post from Tompkins Conservation. To learn more about how you can support their program, click here!

Travel through the Aysen Region of Chile and then enter the Patagonia National Park project. Chances are, you’ll note two big changes: no fences, and lots of guanacos. Since we removed the livestock from the former Estancia Valle Chacabuco, herds of guanacos—over 2,500 in total–have returned to prime habitat throughout the valley. Our hardy volunteers have removed much of the ranch fencing, so guanacos can gallop freely across the landscape.

Members of the camelid family, guanacos are the southern relative of the llama—and both of them are South American cousins to true camels. These animals live in arid, mountainous regions of Peru, Bolivia, Chile and Argentina. The name guanaco comes from the Quechua word wanaku. Although far more difficult to domesticate than llamas, guanacos have been hunted for meat, wool, and skins for centuries. Today, their population has dropped to around 500,000, with of 90% of that in the steppes of Argentina.

Guanacos have long slender necks and legs, which allow them to run up to 35 miles an hour. Speed has proved a key adaptation for this herbivore: living in big grasslands, with no places to hide, makes running from predators the best escape. Almost mountain-goatlike in their alpine agility, guanacos can speed up and down steep hillsides with ease. Large, flexible sole pads provide them with excellent stability on rocky landscapes. A grown male guanaco can weigh close to 300 lbs. 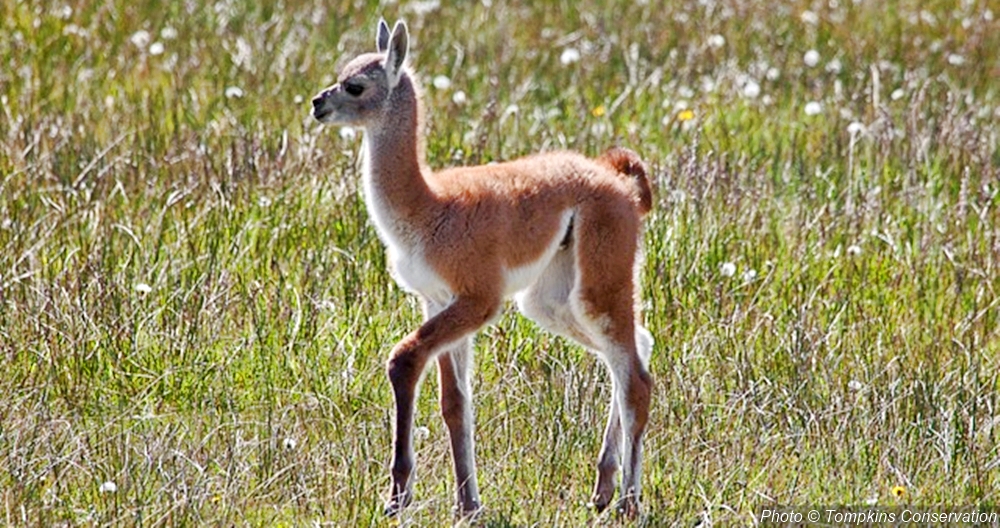 Guanacos live in large herds, composed of one dominant male and numerous females and juveniles, called chulengos. At about one year, male guanacos leave the family herd to join a bachelor herd of other young males. At about five years old, a male will then leave his bachelor pals to try to lead his own group of females. The dominant male tries to protect his females and juveniles at all times: he will either stand on guard or ensure that another herd member acts as the “sentinel,” looking out on a high ledge for predators.

These sentinels will use their loud vocal chords to alert their herd-mates to danger with an extremely, loud and high-pitched call. This call warns the other animals in the herd to flee, giving them a head start. Another survival tactic guanacos use is spitting on their aggressor, whether human or puma. It is unclear how effective spitting on a hungry puma would be, but it definitely discourages a curious human from getting too close.

Like all members of the camelid family, guanacos can survive on small amounts of water for extended periods of time. They obtain and store moisture from the plants they eat so they can go for days without water. Guanacos are also well adapted to life at high altitudes. A teaspoon of their blood has 68 million red blood cells—4x that of a human. This density allows them to transmit sufficient oxygen around their bodies even in the low oxygen levels of high altitudes. 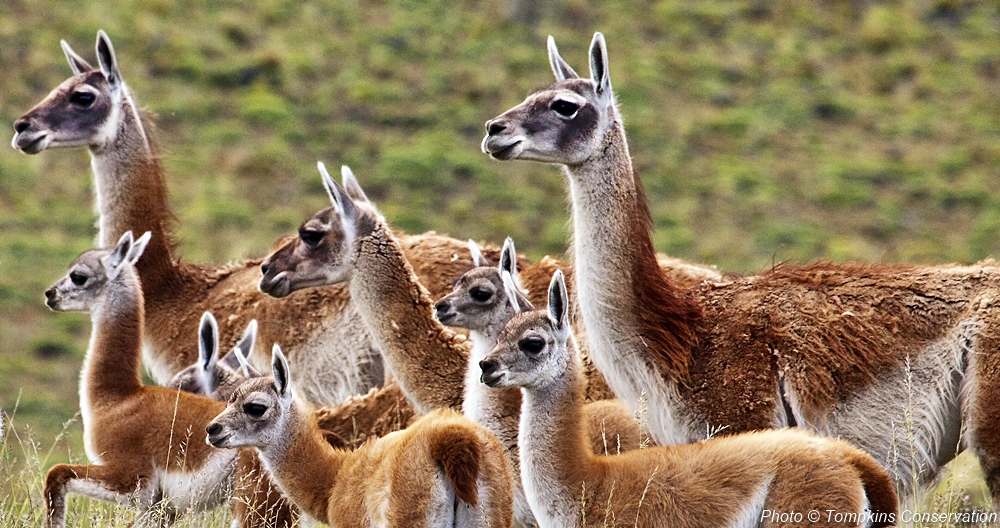 Learning facts about guanacos helps us understand the basics of guanaco behavior. But what’s truly fun is spending some time observing a herd of guanacos grazing, socializing, and moving around. Full of character and energy, these big-eyed animals can provide hours of entertainment, especially once you start making up your own explanations and theories about their curious behavior. As we often say, “landscapes without wildlife are merely scenery.”

Thanks to Tompkins Conservation & Parque Patagonia for the dossier on this unique creature. Read on to see how you can help their incredible conservation work in Patagonia!

Want to Protect This Adorable Critter? 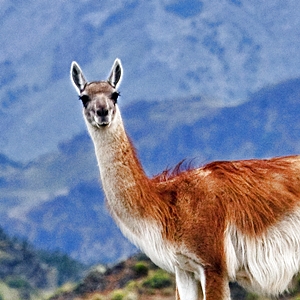 This incredible ancestor to today’s llama is as wild and sure-footed as can be. It has to be, roaming the slopes of Patagonia. A glimpse of a guanaco cavorting from a distance is sure to elicit curiosity and smiles, and the gangly babies are irresistible. But their habitat needs protection, and for that we need your support.