Possibly The Cutest Owl In The World

This is a guest post from Tompkins Conservation. To learn more about how you can support their program, click here!

Whether you’re hiking during the day or camping at night in Patagonia, chances are you might see (or hear) a Patagonian Pygmy owl along the way. Unlike other owls, they are not strictly nocturnal, frequently emerging from their nests during the day. But you’ll have to keep your eyes peeled to see them: these owls are small, weighing only a quarter pound or less, making them one of Earth’s smallest owls. With their grey and brown coloring, they camouflage easily with the Patagonian steppe grasslands. 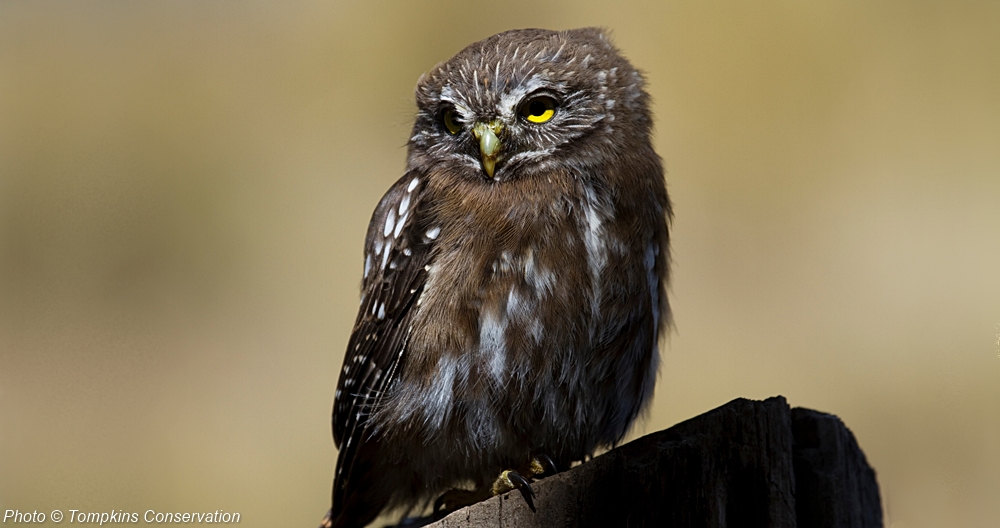 The Patagonian Pygmy Owl generally flies low and over long distances, alternating between rapid wingbeats and gliding. The owl then swoops up to perch and, quite often, to sing. In fact, these birds are quite prolific singers. When a Pygmy owl arrives in a new area, it imitates the song of local birds. When the birds hear this playback, they gather around the newcomer. Thus, it is not uncommon to see a Pygmy owl during the day, mobbed by such birds as the thorn-tailed rayadito, the white-crested elaenia, as well as other native Patagonian finches, wrens, and sparrows.

He might be social, but this owl is also clever. Some of the smaller birds around will likely become his prey, as well as insects and other small mammals. A grown female grows to be considerably bigger than the males: almost all females weigh more than males. The females are also exclusively in charge of incubating their eggs, which they lay in a carefully chosen nest, most often on the inside of a tree trunk, but sometimes in another animal’s abandoned burrowing hole. In late November, the mother lays about three to five eggs at a time roughly every two days. After the last egg is laid, incubation lasts for almost a month. Then, when the fledglings are born, they remain in the nest for another month but still require care for yet another month after that before becoming independent. 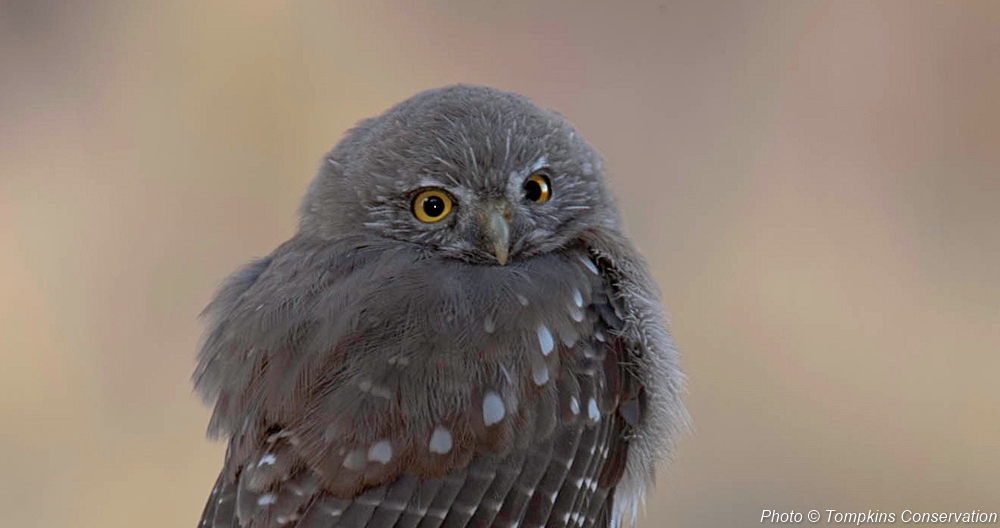 Locally, the Patagonian Pygmy owl is not rare. But in more developed areas, these birds have become threatened by development – agriculture and industrial alike. Another reason to protect the wildlands of Patagonia.

Thanks to Tompkins Conservation & Parque Patagonia for the dossier on this unique creature. Read on to see how you can help their incredible conservation work in Patagonia!

Want to Protect This Adorable Critter? 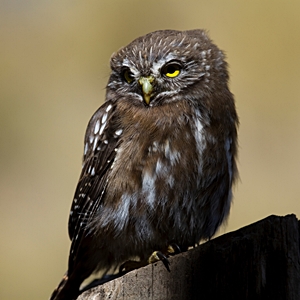 The pygmy owl is an amazing little creature with a very real problem: agriculture and industrial development are destroying its home. Tompkins Conservation is working hard to preserve habitat for unique creatures like the huemul deer, the viscacha, and the pygmy owl for generations to come. Look at that face. Won’t you help?